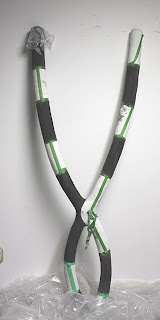 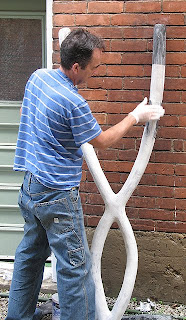 In the meantime both pieces of the sculpture are wrapped in plastic to allow them to damp cure.
Posted by Andrew Goss at 10:39 AM

Thank you very much for your post. :) would you mind posting a bit about the rebar/meshing process? I'll be following your work, thank you again!

Good to see this helpful information here, Thanks sharing with us....